Íde B. O'Carroll, PhD and founding member of this Association has updated the information below for St. Brigid's Day 2021. You can find that update by follow this link: /files/Brigid__Pagan_Goddess__Saint_dd-Feb-1_2021.pdf. Thank you, Íde!

The Amherst Irish Association has officially been founded on February 1, 2015 by proclamation of the Amherst Selectboard. February 1 is also known as "St. Brigid's Day" in Ireland. But Brigid was well known there long before she became a saint. Íde B. O'Carroll, PhD and founding member of this Association, kindly agreed to provide us a history of the importance of Brigid, as follows:

Brigid, the ancient Celtic Goddess of smiths, fire and poetry has a special place in Irish hearts, mine especially, and rituals associated with her have continued unabated for centuries. Devotion to Brigid was so great and so much a part of the fabric of Gaelic society that during the 5th century she was incorporated into a Christian tradition and re-named St. Brigid, making her Ireland's first native saint, after St. Patrick, the 'blow in' from Wales. Much of what is written about her relates to the life of St. Brigid (also spelled as Bridget, Bríd, Bride etc.), her magical cloak that claimed for her lands to start a convent at Kildare (Cill Dara), her work with the poor, her great capacity for healing, her holy wells, all framed within the rich-girl-does-good scenario. However well meaning this history, it has obliterated the earlier, elemental, feisty woman whose legacy is almost like that of Sappho, only fragments of the real survive.

Brigid's Day is celebrated on 1st February, the first day of Spring and the Celtic seasonal quarter of Imbolc (February-April), pronounced Imm'ulk. It follows Samhain, pronounced Sow'en, (November-January), the Winter quarter, which in turn follows Lughnasadh, pronounced Loo'nassa (August-October), the Autumn quarter; and finally, the Summer quarter, (May-July), is Beltane, pronounced Bell'tane. Set within this context, Brigid's Day marks the start of a Celtic festival. The fact that in the Irish language her day is simply referred to as Lá le Bríde, Brigid's day, not St. Brigid's day, is some evidence of Brigid's pre-Christian existence.

During the Celtic quarter of Imbolc (February-April), a period of insight and inspiration, we are called on to "celebrate the lives of all 'soul-midwives' who have taught and prepared us," according to C. Matthews (Celtic Devotional), a Celtic spiritual teacher based in Wales. Surprisingly Matthews doesn't refer to Brigid at all, but the Irish folk song Gabhaim Molta Bríde (I give praise to Brigid) taught in Irish national schools for years, is certainly in this vein. You can hear it sung in Irish/Gaelic by Tipperary-born, Boston-based musician, Áine Minogue: www.youtube.com/watch?v=x_-WtdNS3FE

Dubliner, Mary Condren's massive work, The Serpent and the Goddess: Women, Religion, and Power in Celtic Ireland (published by Harper & Row, 1989) is probably the most authoritative book on Brigid. I consult it on a regular basis. It is based on research Mary conducted for a PhD at Harvard University. I strongly recommend it.

Brigid's Day is laden with significance for me: It marks the start of the year, the opening of nature's door to new growth, new life - possibility. Rituals linked to Brigid seem to connect us to the ideas of transition and transformation, to force us to notice nature's cycle, to engage us in the magic of wishing for what we desire, starting anew no matter what we have endured through the long Winter, while at the same time affording us protection during a time of change. A simple ritual of weaving a cross from fresh, green reeds seems to capture this best, because it brings us into contact with the earth, with life, with spirit. During those times when I've been in Ireland for Brigid's day, I've gathered reeds by the Blackwater river in Lismore, Co. Waterford, and later mailed the completed crosses to friends in far away places.

Here in Amherst, we have to wait a while for the land to thaw before we see the reeds emerge in places like the Lawrence swamp, so that marking Brigid's day on February 1st, seems out of sync with the reality of our seasons. Nonetheless, the idea of marking the arrival of Spring with Brigid's rituals can still have meaning here. Soon I will walk out in in the fields, out there amongst the deep, green-colored reeds, bend my head to the sacred land, to cut and gather clumps of reeds, all the while smelling the earth’s sap rising. ?

Why a cross? There are several theories. When spun, some believe a Brigid's cross resembles a sun. I'm not sure of this at all. The most common cross has four points outward from a square, carefully woven center (see photos of crosses I've made in the past on our webpage www.amherstirish.org). My interpretation of these four points is that they symbolize the four stages of life – for females, child, girl, woman, crone; for males, child, boy, man, elder: the whole spin of life. In Ireland, the cross is usually placed inside the house, either over the front door or by the fireplace, or in rooms needing special protection. I placed them all around the house in Lismore, and in Amherst too. Often people burn the last year's cross with the intention of releasing all the experiences of that past year, before placing the new cross over the doorway and inviting prosperity, health and love in. Radio Telefís Éireann (RTÉ), Ireland's national television station, used the Brigid's cross as its logo from the outset, though it was replaced by a modern image a number of years ago. Have a look at the Chase bank logo. In there is a shape that resembles the most common form of a Brigid's cross.

A few years ago, I began to mark the Brat Bríde (Brigid's rag) ritual. Apparently the Celts (in Ireland around 500 BC) put night before day, which is why there are Brigid's eve rituals. Traditionally a piece of cloth is placed outside the house on Brigid's eve to call on Brigid's protection for the household and also to bring prosperity in the year ahead. The rag is then taken in the next day and stored for emergencies, to be rubbed on the body during illness or injury (somewhat like a relic?). For the more adventurous, I suggest that you put an item of underwear outside on Brigid's eve since 'Biddy briefs' have been known to provide a covert power boost during those difficult or challenging encounters in life!

In nineteenth century America, Irish women immigrants established a niche market for themselves as domestic servants within the wealthy homes of New England's merchant class. The choice of labour was a wise one – the job offered secure income with lodgings included. Referred to collectively as 'Brigids/Bridgets' many of them saved their dollars to facilitate the passage of female relatives to the New World in a unique system of female chain migration (different to that of the Italian and Jewish immigrants of the time). These Brigids also pooled their dollars to help pay for the construction of St. Patrick's cathedral in New York – the irony here is that they were supporting the very patriarchal system that rendered them relatively powerless at home. Yet I understand their desire to have a beautiful place available to them where they could sit and be, outside their employer's home, where the smells, sounds and rituals remained constant, their spirituality nourished as a result. And if they were in a position to pay for this, well, good luck to them!

There is one other ritual associated with Brigid that I'd like to mention here, though I've never seen it in practice – it consists of a group of people going from house to house with a woven image of Brigid, in a ritual known as 'Brídeog' or 'Biddy.' I like the idea of a ritual that acknowledges the power of growth, of reproduction, of womanhood. Biddy's carriers must be shown a good time in each home (with plenty of food and drink), if the household is to be assured blessings in the year ahead. Maybe it's time this particular ritual came back!

Well, now you have one Irish woman's interpretation of Brigid's wonderful legacy. I didn't even get to mention Brigid's fire (keep it going in the hearth all day - think stove, in New England), nor how to make the cross itself. That's for another day. Perhaps we'll organize a demonstration at one of our Amherst Irish Association events.

This year, 2015, with the support of Amherst town leaders, our fledging organization, the Amherst Irish Association, sought a proclamation designating Brigid's Day/Lá le Bríde, Irish Day in Amherst (It's on our website). The wording of the proclamation captures our respect for our shared Celtic origins, the history and contribution of Irish immigrant domestic servants and laborers, and the name given to the Catholic church in the center of our town. In the context of recent negative associations with matters Irish in this beautiful town of Amherst, our re-framing of Irish Day away from St. Patrick's Day to Brigid's Day, February 1st, symbolizes our own Irish Spring, our own claim to renewal, to new life, to new possibilities.

There's an expression in the Irish oral tradition that at the end of a story you say: 'Sin mo scéal díobh, agus má tá bréag ann, fá é/Mar ní mise a chum ná a cheap/That's my story and if there's a lie there, so be it/For it wasn't me that composed it.'

After such a fierce Winter, may the spirit of Brigid guide and protect us all in the year ahead. 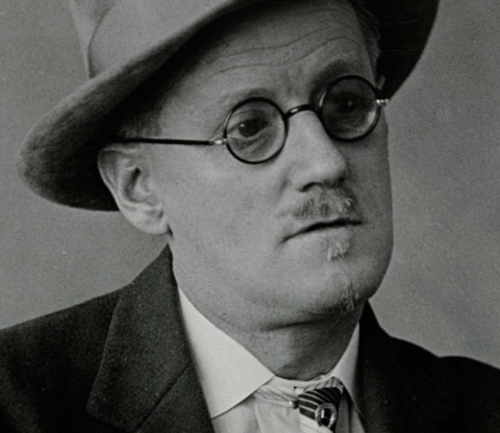 The latest update from the Irish Consulate in Boston
Posted: Fri, Jun 04, 2021 To: General News